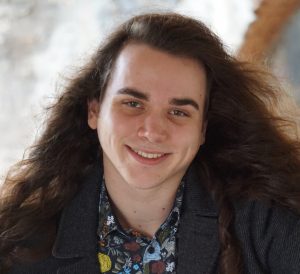 Welcome to my blog!

My name is Logan Elliott and I am an ethical hacker.

I possess a deep obsession with hacking and technology, this blog is somewhat of a testament to that. I constantly play capture the flag events/exercises, attack challenge machines, perform security research, attend information security conferences, and involve myself in a plethora of other geeky activities. Much of my spare time is also occupied by work on numerous projects. I attempt to write about these actions whenever possible and give them a home on this blog.

I thoroughly hope that through my writings I can empower others who find themselves on a similar journey! I aim to share my experiences and knowledge I have acquired with anyone it could be of benefit to. I would be nothing without the arduous work of other members of this community and this humble blog is a small way I can help repay that debt.

In the recent past, I have been employed as an I.T. specialist and system administrator. Currently, I am self-employed as a cyber security consultant and ethical hacker. However, I am currently seeking full-time penetration testing and offensive security roles. If you happen to be interested in discussing employment opportunities, feel free to contact me! I attempt to answer any inquiries I receive and I am deeply grateful for your time and engagement.

My journey into the world of computing began at a young age. Similar to many other hackers, I was obsessed with video games as a child. I continually found myself enthralled by the sprawling and grandiose digital worlds I could explore. Always inquisitive, I would find myself studying each game I added to my archive. Beating it was never enough, my curiosity employed me with a mission; to scour every corner of the game, experiment with any mechanic, discover any glitch, and push the limits of what was deemed possible.

I would continue to foster this interest further, deciding that merely playing games was not enough, I would take it upon myself to make them! Around the age of eight, I began probing the internet, searching for the knowledge and skills that would allow me to achieve this goal. Luckily, I was fortunate enough to be born into the information age with access to a personal computer, this privilege granted me the ability to obtain the insight I sought.

Utilizing as many resources as I could obtain, I began my first ventures into the world of programming. I started to learn ActionScript and began attempting to make my first video games with Adobe Flash. Soon, I would expand these newly found skills further. Making use of free software such as Unity and Unreal game engine, Blender modeling software, Audacity sound design, and more; my games started to become ever more complex. With the knowledge gifted to me through the laborious work of many online educators and content creators, I had started to build an arsenal of skills that would continually aid me throughout my life.

With an invigorated fervor and boundless curiosity, I found myself ever more enchanted by the world of technology. I would begin to experiment with things such as Arduino boards, resistors, breadboards, and as much copper wire as I could obtain! Armed with a soldering iron and my own imagination, it seemed that I could conjure forth the wildest of contraptions from my mind. Plucking these thoughts from my head, I would manifest these ideas into reality. With electricity, a bit of code, and a spark of ingenuity, I would create everything from robots to infrared alarm systems. The latter of which my parents found far less amusing than I did.

Moving into my teenage years, a dear friend and mentor would open my eyes to something that would change my life forever, the world of hacking. From the moment I received this revelation, I was utterly infatuated. Equipped with a rather crude laptop, I installed Kali Linux for the first time. An entirely new existence was then bestowed upon me and I have never been able to go back. I found myself immersed within a new realm composed of CTF’s, vulnerabilities, and exploits. I had found a lifelong fascination and a wonderful career path, to this day that passion still burns as intensely as ever!

I have known ever since, that I would become and forever be, a hacker.

Thank you so much for visiting my blog, I hope you enjoy your time here and hopefully learn something new! I love this community and I am proud to be a part of it. To all of my fellow hackers out there, I wish you the best, and lastly remember to…